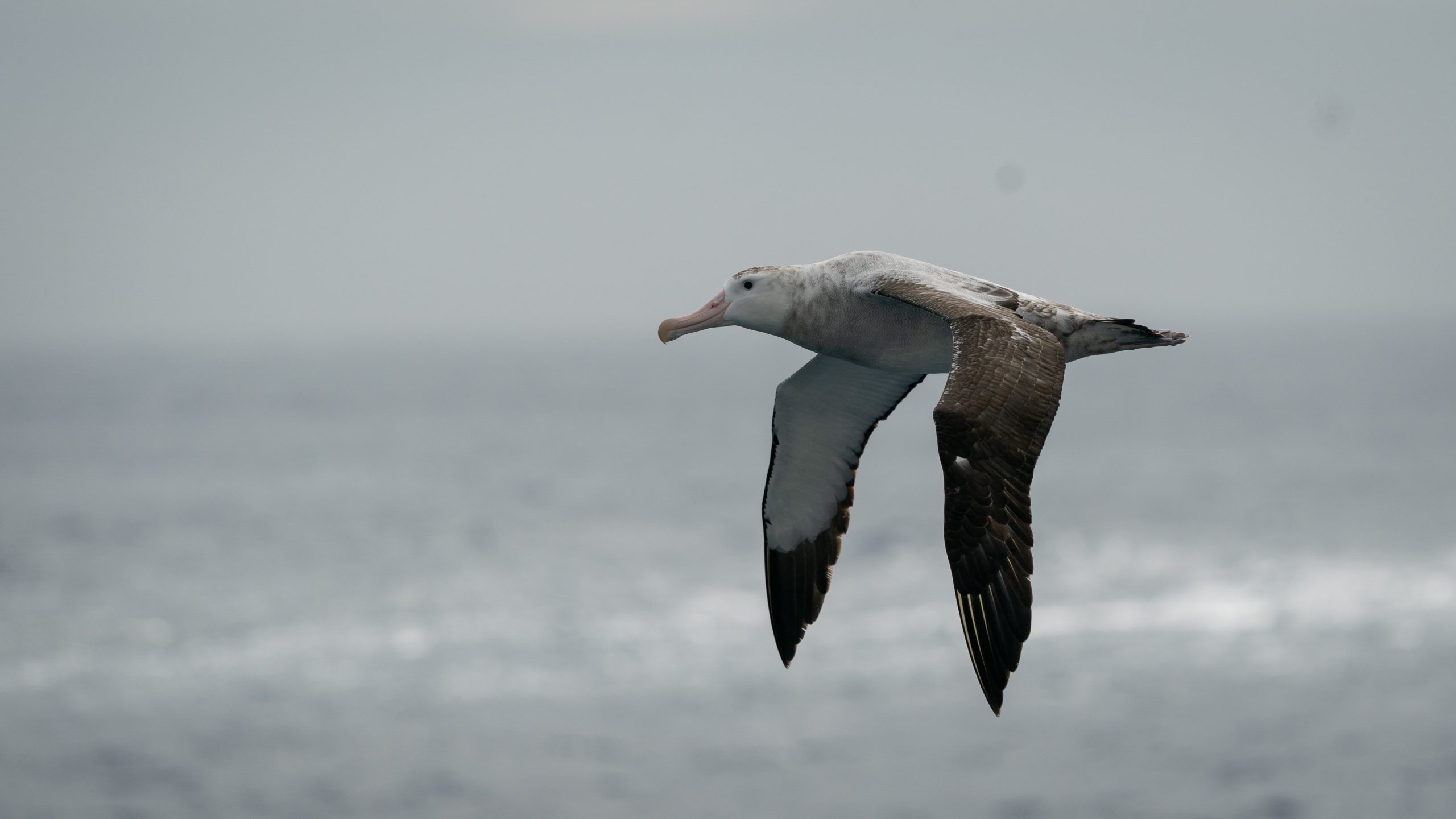 Marion Island is part of the Prince Edward archipelago. It is located in the subantarctic zone about halfway between South Africa and Antarctica (1,769 kilometres southeast of Port Elizabeth in South Africa). With a length of 25 km and a width of 17 km, it is significantly larger than the neighbouring island of Prince Edward. Both islands were formed by volcanic activity. It rains on an average of 28 days a month, with temperatures ranging from about 8.3 °C in February to 3.9 °C in August. The archipelago has been part of South African territory since 1947 and has been declared a Special Nature Reserve by the South African Environmental Management. Neither Marion Island nor Prince Edward Island is open to the public; only a weather station is located on Marion, on which currently about 20 people, including scientists, engineers, mechanics and additional support staff, are based.

Grasses and mosses dominate the vegetation. About 22 species are native, including Azorella selago and Blechnum penna-marina, for example. The number of cryptogamous species (mosses and fungi) is approximately 100 species of mosses, 42 species of liverworts, and another 100 species of lichens.

Resident mammals include elephant seals (Mirounga leonina), Subantarctic fur seals (Arctocephalus tropicalis) and Antarctic fur seals (Arctocephalus gazella). In addition, several species of whales live in the surrounding waters. A group of orcas (Orcinus orca) comprising about 25 individuals regularly visits the coastal waters around Marion Island to hunt for fur seals. Other cetacean species, such as southern right whales (Eubalaena australis), can occasionally be spotted in the coastal waters around the island group. A research project by the University of Pretoria has been intensively studying the mammalian fauna around Marion Island for many years (MIMMP (Marion Island Marion Mammal Programme)).

The highlight of Marion Island is, without doubt, the more than two million individual seabirds. Among them is the wandering albatross (Diomedea exulans), the iconic bird of literature and legends that has been considered a powerful harbinger of hope and good fortune for centuries. The wandering albatross holds the record for the largest wingspan, measuring up to nearly 3.5 metres, and can travel up to 120,000 kilometres in a year. Furthermore, several species of penguins also inhabit the island, such as the gentoo penguin (Pygoscelis papua), king penguin (Aptenodytes patagonicus), macaroni penguin (Eudyptes chrysolophus), and southern rockhopper penguin (Eudyptes chrysocome). The more than 175,000 breeding pairs on the Prince Edward Islands account for about 13% of the world’s king penguin population.

Currently, 28 seabird species breed on Marion Island, including endangered species such as the grey-headed (Thalassarche chrysostoma) and sooty albatross (Phoebetria fusca). A complete list of all breeding birds on Marion Island is in the table below. 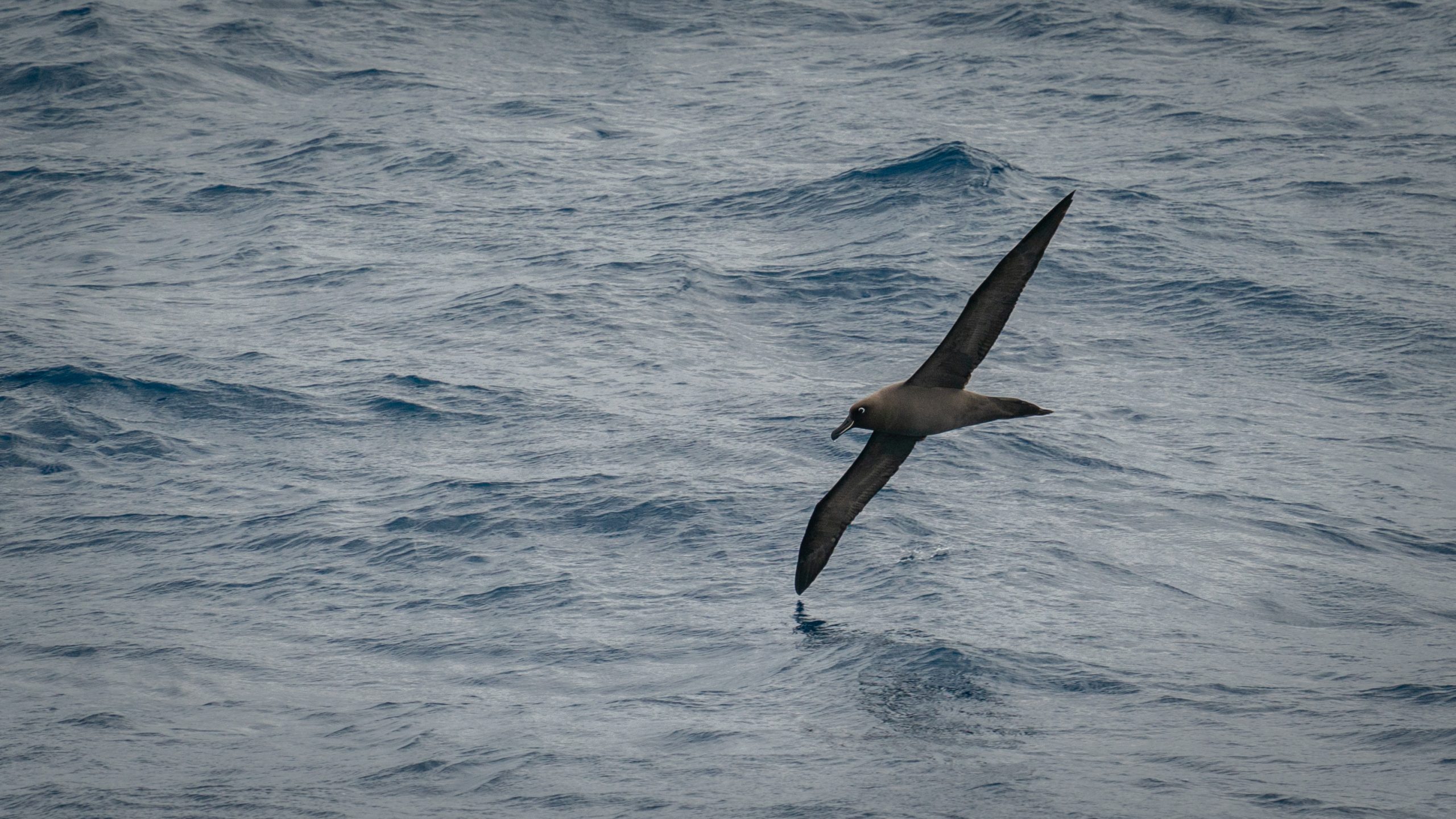 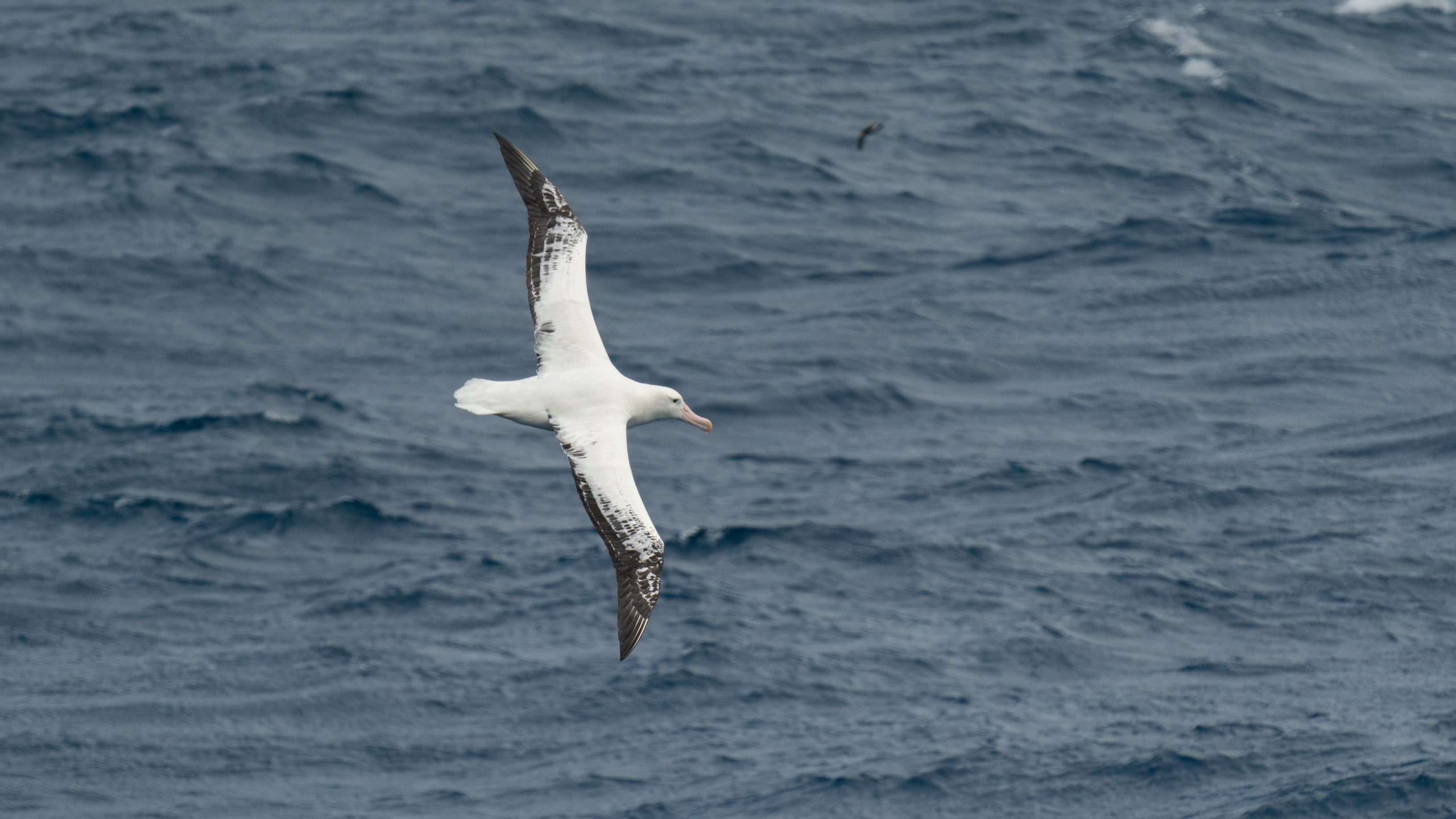 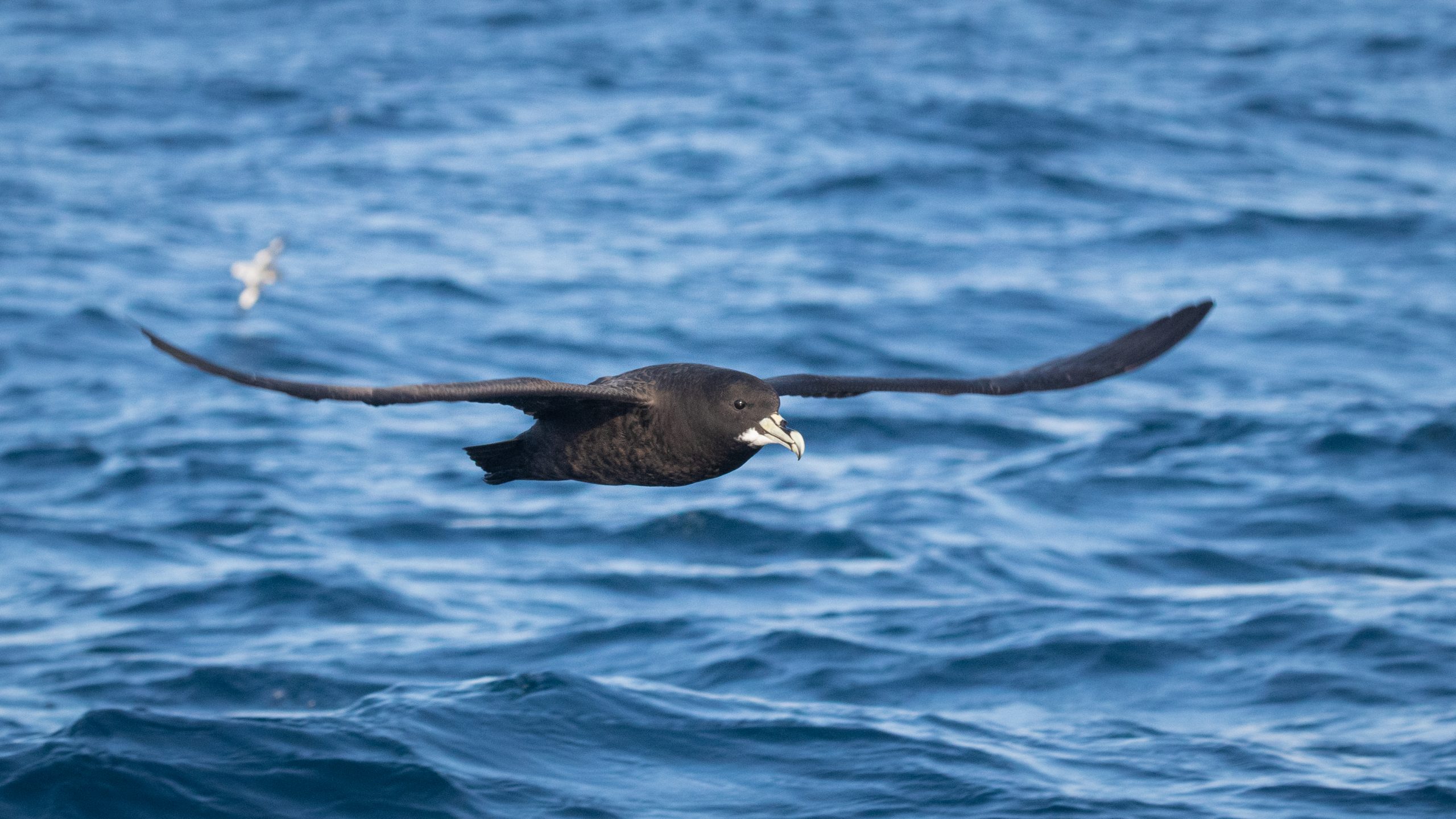 During the 19th century, house mice (Mus musculus) were unintentionally introduced to Marion Island by sailors. Due to the lack of natural predators on the island, the mouse population has spread enormously over the years. It now poses a severe threat to the island’s ecology, especially its resident breeding bird species. Some of the native bird species on Marion Island cannot be found anywhere else.

The habitat conditions on Marion Island have become much warmer due to climate change which has extended the mouse breeding season. Therefore, the food requirements of mice overgrew, leading to severe depletion of much of the present invertebrate population. Due to a lack of food sources, mice have specialised in eating seabirds for several years. The voracious mice attack eggs, chicks, juveniles, and increasingly even adult birds.

If this development continues undisturbed, it could lead to the local extinction of 18 of Marion Island’s 28 resident breeding birds, some as early as within the next 30 years. Global populations of wandering albatross and grey-headed albatross will decline tremendously without targeted conservation efforts. The endemic flightless moth (Pringleophaga marioni), which plays a vital role in the island’s nutrient cycle and is responsible for many other ecological processes, has already been nearly wiped out by mice.

To protect endangered plants, animal species, and the entire ecosystem, the complete eradication of the predominant mouse population on Marion Island is the most urgent conservation measure.

For this reason, BirdLife South Africa has launched the Mouse-Free Marion Project to wipe out the mouse population on Marion Island. The measures are expected to be completed in the southern winter of 2024. So far, the project has been funded through various core partnerships with local and international organisations, crowdfunding campaigns and the South African government.

The eradication of the invasive mice on the approximately 300 square kilometer island requires a well thought-out methodology and years of preparation. The method is based on knowledge from comparable projects in South Georgia and on Gough Island in the South Atlantic. The plan is to have a fleet of helicopters capable of deploying rodenticides with mouse-specific baits in every potential mouse habitat across the island. This is the only method that has so far proven successful in removing rodents on large sub-Antarctic islands.

Decades of research have developed a special mouse bait with an effective rodenticide. This withstands deployment by helicopter and harsh weather conditions. The bait is eaten by the mice and poses no long-term risk to other species, particularly the seabirds. Although it is an expensive component of the project (estimated cost of $2.6 million, approximately 13% of the total project budget of $20 million), it is the core element on which the entire project depends.

The most expensive budget item is expected to be the chartering of helicopters. These have to be transported to Marion Island on an escort vessel and will remain on site for the duration of the project for several months before being transported back to South Africa. These costs also include hiring experienced pilots, fuel for the helicopter and GPS guidance systems.

The Mouse-Free -Marion -Project has been coordinated and implemented since 2014. Some of the project stages already completed include hosting a ‘feasibility study’, interacting with the South African authorities and establishing its own project specific organisation.

The C4C Fund became aware of the project and engaged in intensive discussions with the project team to find out more about the project plans and background. After internal consideration and evaluation, the C4C Fund has decided to support the project with a donation of ZAR 1,000,000. In addition, the C4C Fund is trying to acquire additional sponsors for this immensely important species conservation project and thus wants to ensure the continuation of the important work by BirdLife South Africa to protect seabirds. At the moment about 30% of the total project costs are covered.

Would you also like to learn more about the project and make an important contribution to protecting endangered species? Then contact us: info@c4cfund.org 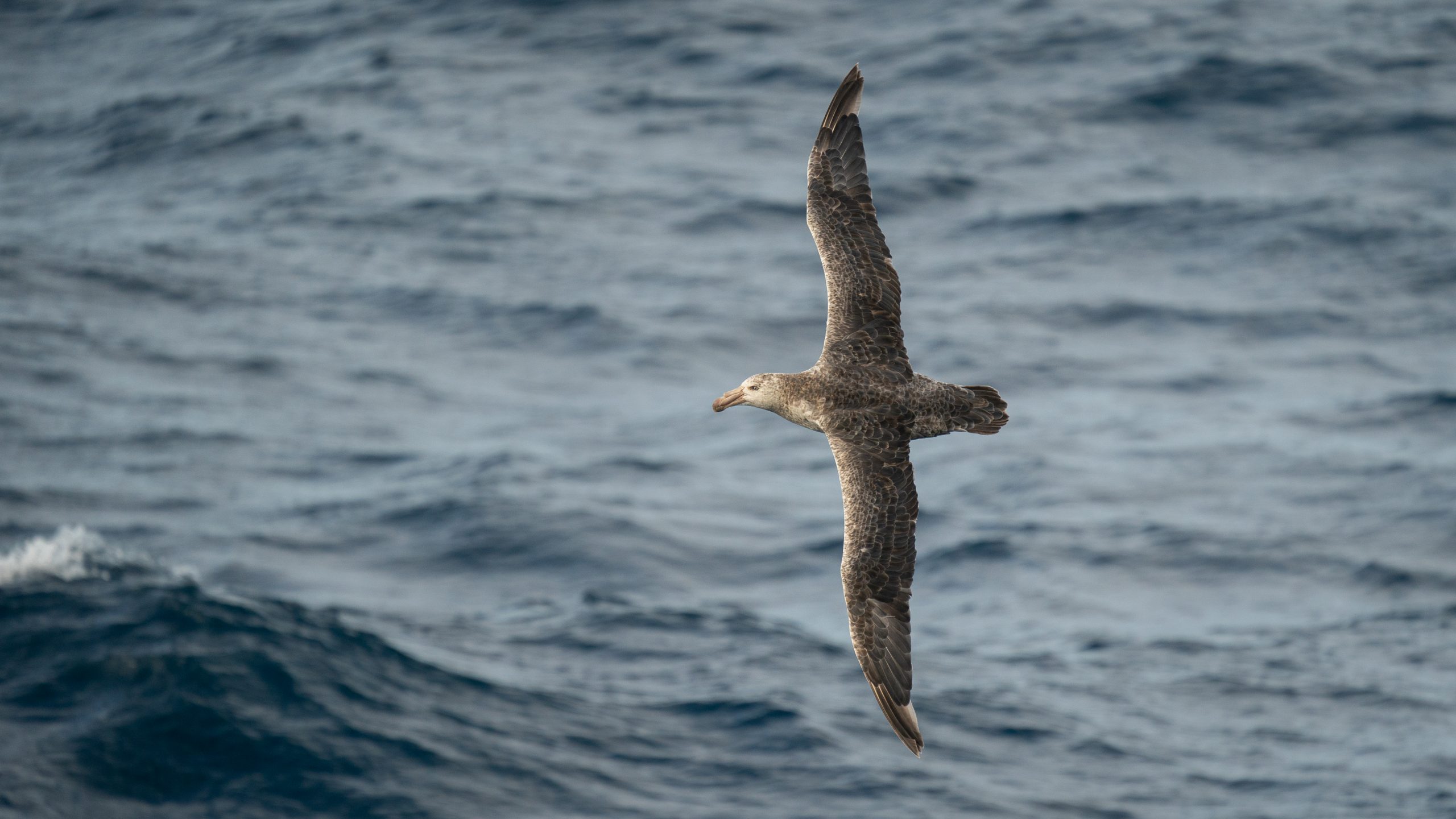 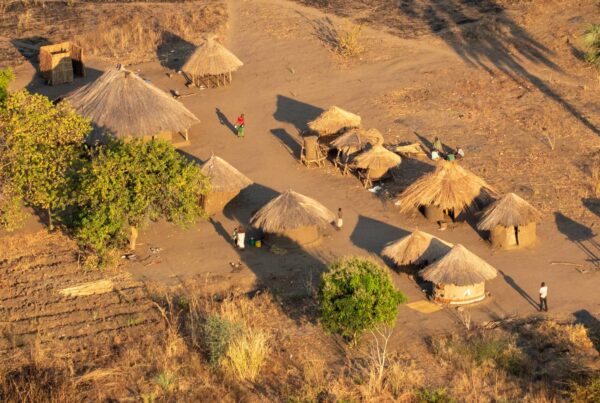 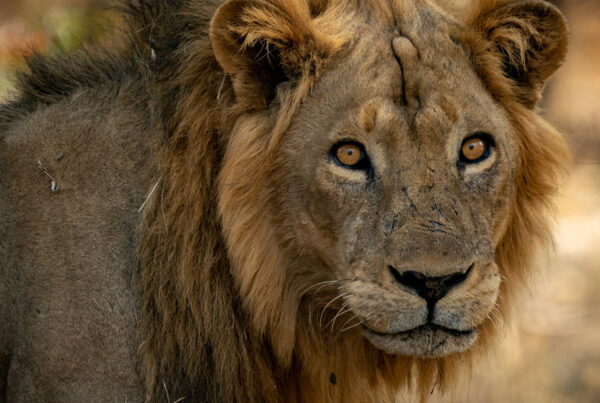